The Alps have the best pre-Xmas snow for years; falling snow has now given way to clearer conditions and...


Everyone at J2Ski would like to wish you and yours a Happy and Snowy Holiday Season, and a very Merry Christmas!

This Week's Snow Headlines
- More than 4m of snowfall this season in Niseko, 1.2m in past week.
- Conditions remain poor in Colorado and Utah, but with signs of improvement.
- Snow returns to Western Canada.
- Warm weather stalls Scottish 17-18 season start for second time.
- Biggest fall so far this season, at Mt Baker in Washington State, nears 6m/20 feet.
- Avalanche danger remains high off piste above many ski resorts in the Alps.
- Swiss resorts see biggest snowfalls of past 7 days – up to 1.2m

The rate of snowfall in the Alps has slowed rather over the past week and has become more sporadic, but it has kept falling and there's not been a day when at least a handful of resorts haven't issued powder alarms for 20cm or more of fresh cover overnight. More snow is expected, particularly in Austria, in the final few days before Christmas and conditions are good pretty much everywhere.

The avalanche danger remains high in many resorts however, with the Risk Level most commonly at 3 or 4 (out of 5) on the scale - so heed local advice!

In Europe as a whole the only areas known to be suffering a bit are the Scottish slopes, where re-opening before Christmas looks touch and go.

Across the Atlantic there's been more snow in New England and Quebec in the East, where conditions are looking great as well as a return to snowier conditions in Albert and BC Canada as well as the northwest USA but it remains fairly dire in Colorado and Utah. It's colder there and snow is starting to fall but so far the big accumulations needed are not in the forecast.

More snow, up to 10-15cm, is expected for parts of Austria over the next few days whilst clearer, more settled, conditions are expected to prevail in Europe into the start of next week, with temperatures around seasonal averages and a mix of sunshine and (generally low-level) cloud.

The major forecast models are indicating the return of widespread snow a couple of days after Christmas Day, and we'll have more detail on that next week.

See when and where it's going to snow...

If you're in the mountains, please show us the snow! Check Snow Reports from Ski Resorts for a quick and easy way to upload pictures, straight from your phone.


Europe
Austria
It has been another snowy week in Austria as the country celebrates one of the best starts to the ski season this century. The snow is expected to keep falling over the week ahead too with 20-40cm more snow forecast for resorts like Kitzbuhel, Saalbach, Bad Hofgastein, Schladming, Obertauern and others. These areas have in fact not seen much new snow this week with the biggest falls in provinces like Lower and upper Austria at less well known resorts. The Tauplitzalm in Styria for example has had 105cm (3.5 feet) of fresh snow this week.

As you'd expect, snow bases are great almost everywhere and have now passed the 3m/10 foot depth on some glaciers in the country including the Dachstein and Kitzsteinhorn – and it's not yet Christmas. Almost all Austrian ski areas have now opened for the season and the final stragglers should join the rest by Saturday.

France
French ski areas are looking forward to Christmas and new year with some of the best snow cover they've had for years. Most areas over 1800m have at least two metres of snow depth on upper slopes and there's lots of snow down to valley level; too. The snowfall this week has not been so abundant as last but as skies have cleared this has provided outstanding conditions at times. In fact La Rosiere bucked the snowfall slowing trend as it clocked up several feet of fresh snow on Monday/Tuesday when the snow had about stopped elsewhere. Most French ski areas have 80-95% of their terrain open and with temperatures well below freezing snow quality is holding up well too. There's currently not much fresh snow in the immediate forecast but plenty on the ground!

Italy
It has been a dry week at most Italian ski areas after the snowy week that preceded last week's report. There has however been some fresh snow in the Italian Alps to the northwest of the country with 10cm in the Milky Way region, 25cm at La Thuile and 30cm at Cervinia. On slope conditions are good to excellent across the country for Christmas Week after all the November and December snowfall; off piste there's not much fresh left to find. That could all change in the next week though with longer range forecasts predicting big snowfalls next week in the Dolomites as well as the Alps. The country's deepest bases at the moment are 140-180cm in Bardonecchia, 110-180cm at Madesimo and 110 -195cm at La Thuile.

Switzerland
The exceptional start to the season for snowfall in Switzerland continues with some (more) big accumulations over the past seven days. Murren has received 116cm (nearly four feet) of fresh snow, with other big winners including Villars (77cm), Engelberg (85cm), Grindelwald (102cm) and Wengen (98cm) whilst Adelboden, Anzere, Champery, Les Diablerets and Saas Fee all reported 60cm (two feet) of new snow. Most other areas got 30-60cm fresh. The snowfall will ease over the week ahead, leaving great off piste powder, although inevitably and frustratingly the avalanche danger is up at max too. Engelberg's 436cm upper slope base depth is the deepest in Europe.

Eastern Europe
A mixed picture across Eastern Europe. The Czech Republic is looking good with some healthy snowfalls in recent days, Železná Ruda - Špičák for example has had 35cm of fresh snow in the last 72 hours and has a 120cm base up top. By contrast in Bulgaria there's not a lot open yet and bases are thin at 20-40cm.

Scotland
We're in to the all too common cycle of cold then too-warm weather in Scotland. All five Highland centres were open at the weekend (although Nevis Range not offering skiing or boarding), as was the Lowther Hills Club Field in the south. Then temperatures rose around 15 degrees from sub-zero to double digits above and the thin cover vanished, ending snow sports at all centres for now. That is except for limited areas of machine made snow being created in positive temps by the new Technoalpin all-weather SnowFactory machines on trial at Cairngorm and Glencoe. Cairngorm report they're creating a nursery slope with theirs.

Pyrenees
Conditions are pretty good in the Pyrenees with 50-100cm of snow cover in Andorra and 15-25cm of new snow in the past week and more in the forecast. On piste conditions are reported to be good with nearly all terrain open, and in Baqueira Beret's case over The Spanish border they're proudly proclaiming all 130km+ of their runs will indeed be open for Christmas week.

Scandinavia
Not a lot of fresh snow in Scandinavia over the past week and a big range of snow reports from a 10cm base at the Oslo Ski Center up to 2m+ already at Bjorli and Voss. Most runs are open but it has been warm so the snow is getting wet at lower elevations and more southerly latitudes, however colder conditions and more snow are in the Christmas forecast.

North America
Canada
The snowiest week for a while in Canada with snowfall continuing in Quebec in the East but the return of snowfall too in the West for the first time in a few weeks. The past few days have seen powder alarms for 20cm+ of snowfall in 24 hours at ski areas on both sides of the country at the same time, which is quite unusual. So conditions are generally very good everywhere, but very cold too with lows around -25C around Christmas. Marmot Basin is typical reporting two more runs have just opened there taking their tally to 86/91 runs – most other areas have almost all runs and lifts operational for Christmas and New Year.

USA
Conditions are markedly better in Eastern North America than the West as they have been all of December. However as snow keeps dumping on New England and states like Colorado and Utah remain fairly dry the difference is getting more marked. There has been a little fresh snow in the West and it's now staying cold over Christmas, but the forecast is only for an inch or so each day, not the big falls the area is famous for and badly needs. So bases are around 50cm and terrain open only 5-20% of capacity at most of the famous areas. There has been snow in the northwest though with resorts in Montana, Idaho and Washington state posting 30-90cm falls in the past few days and Mt Baker passing the 5m seasonal-snowfall-to-date total.
The Admin Man 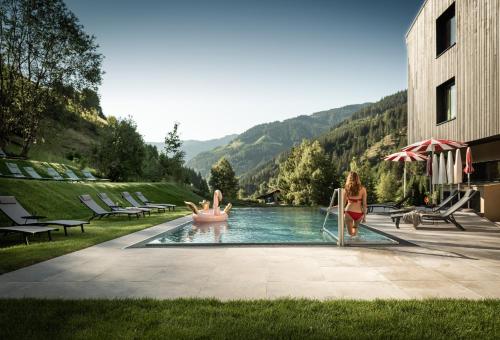 Snow is next forecast to fall in France over the next week, in Ski Resorts including Espace Killy and Val d'Isère.