This week, they have been mainly digging out, in Les Angles, French Pyrenees...

Some fresh for The Alps, and The Pyrenees get hosed!

The Snow Headlines - 23rd January
- Heavy snowfall in the Pyrenees - up to 1.5 metres reported in past 48 hours.
- Up to 60cm (2 feet) of snowfall in the Alps, though for most more like 5-15cm.
- Scottish ski areas open most terrain of the season so far.
- Up to 50cm of snowfall reported in Hawaii.
- Snowfall earlier this week in Japan's worst winter for 30+ years, warm again now.

After a month with, frankly, little change to report in ski conditions for much of Western Europe, the Alps finally got a decent fresh snowfall at the weekend, bringing between 10 and 60cm of fresh snow to most centres across the region, including snow-starved low elevation areas.

The bigger resorts already had pretty good snow conditions (albeit with old snow) and everything open so things just got better there. The sun has been back out again since the start of the week.

But the long awaited fresh snowfall in the Alps has rather been over-shadowed over the past 48 hours by huge snowfalls in the Pyrenees, some of the biggest reported anywhere this winter so far. The storm moved in on Monday and Tuesday/Wednesday saw really heavy snow which led to reports of up to 1.5 metre (five foot) accumulations. The snow was still falling as we wrote this.

It's been snowing again in North and West Scandinavia but more southerly and easterly resorts are not doing so well there with temperatures too warm, as has been an issue around the ski world to a greater or lesser degree this winter. Scotland too saw snow but temperatures are back up to double figures alas.

In North America the very heavy snow in the northwest has continued and as a result Whistler Blackcomb is finally fully open, two months after opening for the season. There's also been snow down to southern California and some of the best snowfalls of the winter so far in the East, improving conditions there.

In the Alpine Forecast

Another clear, and at times mild, week in The Alps coming up... with the forecast models currently struggling to work out what happens next! Watch this space...

So this just happened...

EUROPEAN ALPS
Austria
Most Austrian ski areas saw fresh snowfall at the weekend, some reporting up to 40cm, the heaviest on Sunday.

The snow freshened up most centres which already had good cover but had seen little fresh snow for a month. It was especially welcome at smaller, lower elevation centres in the West of the country which had not seen much snowfall at all this season but saw 10-30cm arriving as temperatures dipped well below freezing.

The sun is back out now and most resorts report great conditions. The deepest snow continues to be on the glaciers, which take the top six spots in the snow depth table with between 2.3 and 3.4 metres depths.

France
French slopes are in great shape following snowfall at the weekend.

Ski areas received between 10 and 40cm of snow, mostly on Friday and Saturday, giving the first major refresh of the slopes since December for many. Bases were already good and with the sun shining again now and temperatures still cold in most resorts skiers are reporting near perfect conditions at present.

But the biggest snowfalls in France have been down in the Pyrenees over the past 48 hours, including an incredible 1.5 metres (five feet) claimed by Les Angles on its upper slopes (1.2 metres/four feet in Resort).

The snow with accompanying strong winds at times (which temporarily closed Les Angles and other areas) is now easing through to the end of this week.

Italy
Most Italian ski areas got some snowfall through the weekend although for most it was fairly light to moderate cover in the 10-20cm bracket.

The heaviest snow was reported in the Piedmont region to the west where up to 40cm was reported. This was the same area that reported the heaviest snowfall in the last big fall in Italy in mid-December, although that time they got up to a metre of snow and have been skiing and boarding on the resulting healthy base ever since. Here too the sun is out again now and skiers in the region are posting delight at the great weather conditions and fresh snow this week.

Switzerland
Switzerland too got some good snowfalls across the country at the weekend. Andermatt, which has been posting the country's deepest base for much of the season, has gone back up to a 395cm base on its upper slopes having been up at 420cm at the end of December after the last major snowfall there but dropping to 370cm since then, until the weekends falls.

In common with the rest of the Alps though the Swiss situation is that all of the country's major resorts were fully open with mostly sunny conditions for much of January and they're now much the same as a week ago, but with fresh snow.

Despite the sunshine, temperatures are close to freezing, or below, so it's looking very good.

Scandinavia
A third snowy week on Norway's West Coast with Voss again reporting significant snowfall and the base at the region's Myrkdalen ski area now nearing the two-metre mark – way ahead of other resorts in the region. Deep powder continues to be the norm here.

There's also been fresh snowfall in parts of Sweden with Hemavan reporting regular falls and up in Lapland. But parts of Sweden and southern Norway are suffering from limited snowfall this winter to date and the familiar problem of too warm weather even for snow-making machines to work.

Pyrenees
It seems rather odd to be writing it after so little change in the weather in much of Europe, but there have been big snowfalls over the past few day in the Pyrenees, and the snow was still dumping down as we sign off on this week's report, so we can't provide totals at this point.

Suffice to say conditions have been transformed with 20-60cm of snowfall across a wide area and some resorts posting as much as 1.5 metres (five feet) of snowfall so far (see French report).

The region's biggest area, Grandvalira in Andorra, reported 40cm of fresh snowfall in 48 hours on Wednesday.

Forecasts earlier in the week reckoned that a few areas on the Spanish side might hit a metre by Friday so the French fall has surpassed that. The past six weeks had seen little fresh snow in the region so some smaller, lower ski centres have seen more snowfall in the last 72 hours than over the previous two months of the season so this is a big change.

Scotland
Ski areas in the West of Scotland had (arguably) their best weekend of the season so far after last week's gales eased and left some reasonable snow cover behind, particularly mid-mountain at Glencoe and Nevis Range. Further East (Cairngorm, Glenshee and The Lecht) there was less fresh snowfall and the focus remains mainly on the small areas covered in all-weather machine-made snow. But dozens of runs were open at the start of this week with natural snow cover in the West.

This being the British Isles, it has warmed up more than forecast since which is putting pressure on the snow cover but the good news is it looks like another temperature dip and fresh snow (heaviest in the west again) should arrive at the weekend.

Eastern Europe
It has been a sunny week again in much of Eastern Europe and rather too warm, at least down at the bottom of the slopes, for most. The region is rather divided though with cooler weather and some fresh weekend snow (5-15cm) in the north in countries like Slovakia, but warmer weather down in Romania and Bulgaria.

In the latter, Bansko continues to be in the best shape, despite +10C and no snow down in resort it has about three-quarters of its slopes open. Other Bulgarian areas are not looking so good in terms of terrain open.

North America
Canada
Ski areas on Canada's Pacific coast again posted the biggest snowfalls in the country (and for this past week in all of North America) with some areas getting more than another metre of snowfall.

Whistler Blackcomb, which now has more than two metres (six feet) of snow on upper slopes, reported all 200+ of its trails are now open for the first time since opening in November. It's a big change from Christmas/New year when it could only open about 10% of runs.

Similarly, in the East, Quebec saw some of its best snowfalls of the winter so far after it too had a good week for snowfall, if not quite so heavy. Tremblant now has about three-quarters of its terrain open. The BC snow has continued further East, with Revelstoke reporting still more heavy snowfall as its very powdery winter continues on track.

It has been colder and drier further inland where resorts in Eastern BC and in Alberta have been enjoying a good winter since November in many cases without any warm weather issues.

USA
The US has had another mostly snowy week with the biggest falls again reported in the Northwest of the country where bases are the deepest in the world at Alpental and Mt Baker in Washington State for the second successive week.

The snow has come further south this past week too, reaching down to southern Californian ski slopes. Inland, conditions remain good in the main ski states of Colorado and Utah although there's been less fresh snow here over the past week than in the first fortnight of the New Year. But there's plenty of snow lying so that's not an issue.

The East Coast has seen some good snowfalls too with up to 50cm (20 inches) of snow reported in New York State, Vermont, Maine and the wider region which is good news after a problematic start to the season that has brought freezing rain and warm and wet weather for periods at time – it looks like proper, snowy, wintertime there now.

Until next week...
The Admin Man 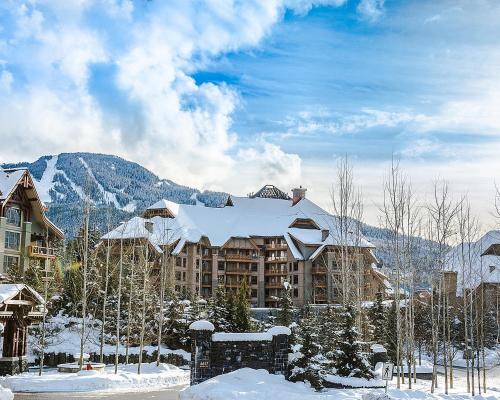 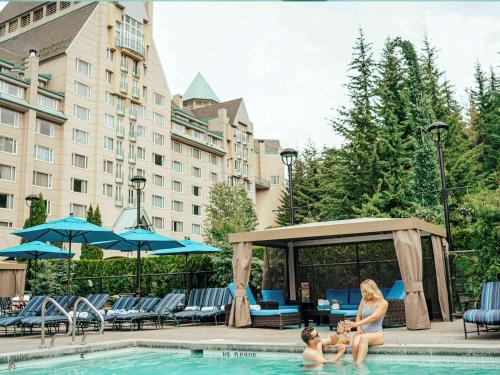 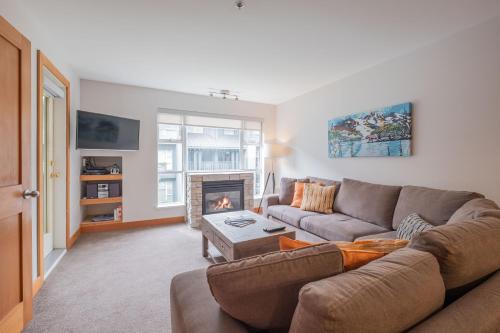 No snow is currently in our forecasts for Canada. To view the latest weather predicted for Canadian Ski Resorts, see below.