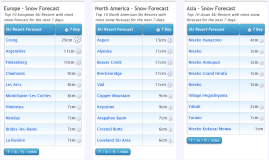 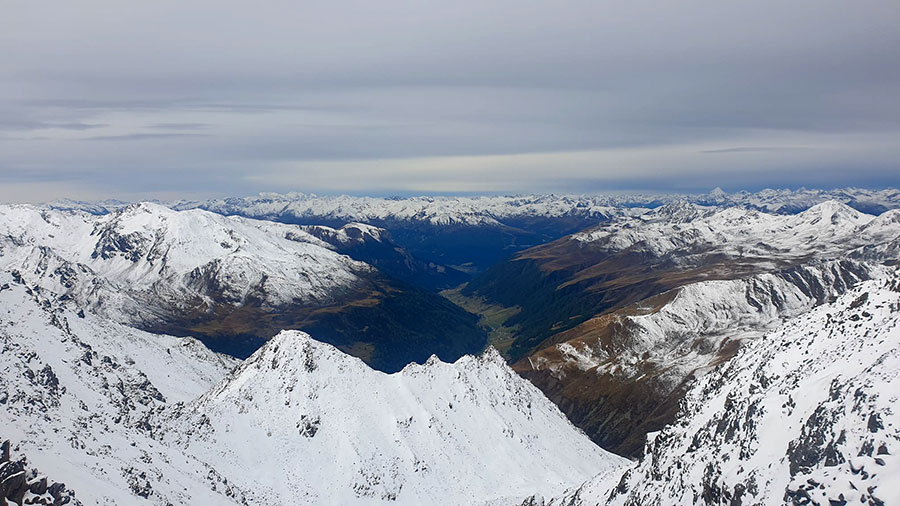 The view from the Kaunertal Glacier, Austria, today...

Southern hemisphere season just about done, northern is waking up.

The Snow Headlines - 6th October
- Four more Austrian glacier resorts open, taking the total to six.
- Australia ends its 2022 ski season.
- The first snow in Japan reported on the peak of Mt Fuji and at Niseko.
- Snowfall in the Pyrenees and at Europe's most southerly ski area.
- Finland starts its 22-23 ski season.
- Most ski areas are now closed in the Andes and New Zealand.
- Snowfall reported at Gulmarg in India. 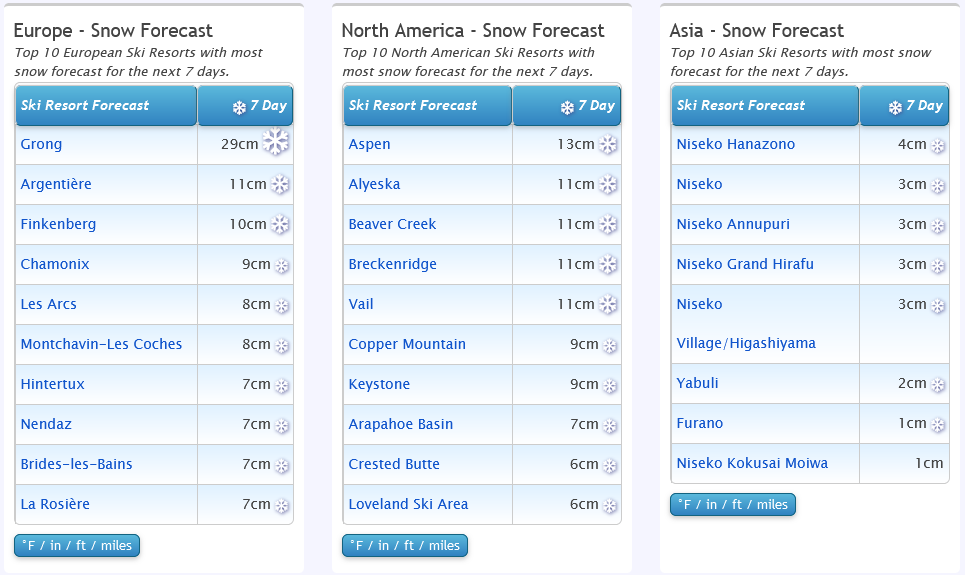 Light snows for now, but next week looks cooler...

World Overview
There's been snow reported on every continent over the last seven days and with ski resorts continuing to open in Europe, but most centres, including all in Australia, now having ended their 2022 seasons in the southern hemisphere, we are just about at the tipping point when more ski areas are open north of the equator than south.

We are back into double figures for the numbers open in Europe for the first time since May, but the world total is back down to just a few dozen resorts currently open.

Northern Hemisphere
Europe
Sunshine has returned this week in Europe after a predominantly snowy one last week which saw snowfall on mountains right across the continent including the first in the Spanish Pyrenees and down as far as the peaks of Sierra Nevada, the continent's most southerly resort.

It has also stayed cold up high which is good news for the seven or eight glacier areas now open and those due to join them over the coming October weekends.

Austria
Austria usually has the most ski areas open in Europe in the first half of the autumn and after a shaky start, 2022 is no different with five areas open now and a sixth, the Kitzsteinhorn above Kaprun, due to join them this week.

The weather has been largely sunny this week so it has been quite glorious after the fresh snowfall last week, with temperatures remaining below zero on glaciers. Kaunertal, The Stubai and The Pitztal glaciers joined already open Solden and Hintertux at the weekend.

There was snow across the French Alps and, for the first time this Autumn, down in the French Pyrenees too. Tignes and Les 2 Alpes are aiming to open their glacier slopes the weekend after this from 15th October.

Italy
Cervinia re-opened its access to the glacier skiing above Zermatt at the weekend, with less than a month to go until the two resorts are due to host the first cross-border world Cup Alpine Downhill ski races to kick off the 22-23 season.

The Val Senales and Passo Stelvio centres are also open.

Cortina d'Ampezzo announced it hopes to open from the end of October and the Dolomites did get more snowfall at the end of last week so it just needs to keep cold and resume snowing over the next three weeks there.

Switzerland
A mostly dry and mostly sunny week in Switzerland too after last week's snowfall with Zermatt the only centre open to the public at present.

Engelberg's Titlis glacier is expected to open the weekend after this and the Diavolezza near St Moritz the following weekend. Saas Fee also has slopes open but continues to restrict access to race teams training at present. Andermatt says they hope to open for the final weekend of the month.

Scandinavia
Finland is due to kick off its 22-23 season this Friday 7th with Ruka and Levi ski areas both due to open 1-2km of runs a piece using snow saved from last winter by snow farming, spread back out on the slopes now temperatures have cooled for autumn. Both plan to stay open through next May for a seven-month season.

Meanwhile, the Galdhopiggen summer ski centre in Norway remains open and reported 40cm of fresh snowfall in the past week.

North America
There was excitement in the Colorado Rockies with snowfall last weekend, if not quite so much as forecast.

Snow was also reported around Jackson Hole in Wyoming. And along with the damage it brought, Hurricane Ian was credited with an early snowfall in the Blue Ridge Mountains to the East.

In the last few days, Quebec and Ontario in eastern Canada are the latest to see snowfall on the North American continent.

There remain no ski areas open in Canada or the US yet but Keystone, Arapahoe Basin, Loveland and Wolf Creek in Colorado are all candidates to open before the end of this month if they can.

Southern Hemisphere
New Zealand
Most of the centres that had still been open in New Zealand ended their seasons last Sunday, but a handful of centres are still open and are benefitting from a late-season snowstorm, one of the best in the country in early October for years, that's brought a little snow to the North Island and 15cm+ to the South Island.

Mount Hutt is probably in the strongest position with more than a metre of snow lying on its upper slopes and the plan is to stay open for another fortnight, then keep its terrain park open into November.

On the North Island Mount Ruapehu, home to Turoa and Whakapapa ski areas, which have had a tough winter for lack of snow, says this current boost will help see them keep Whakapapa open at least two more weeks but say the season is now over at Turoa.

The weather continues to get warmer although overnight lows below freezing have still been reached, it's just daytime highs of +15C that trump any night-time cooling.

Among the areas closing last weekend was Cerro Castor, the world's most southerly centre down near Tierra del Fuego in Argentina. The continent's biggest, Catedral, near Bariloche, is expected to close this weekend and is down to about a quarter of its maximum terrain extent open now with a thin snow layer remaining.